Back in June, before ‘How You Like That’ was released, YG Entertainment revealed that Blackpink would have a full album (The Album), and that Rosé, Lisa, and Jisoo were all getting solos. Rosé in particular was revealed to be getting a solo mini album in September (after The Album was scheduled to release) but as we know, things got pushed to October 2nd, and YG was quiet about her solo for a while. 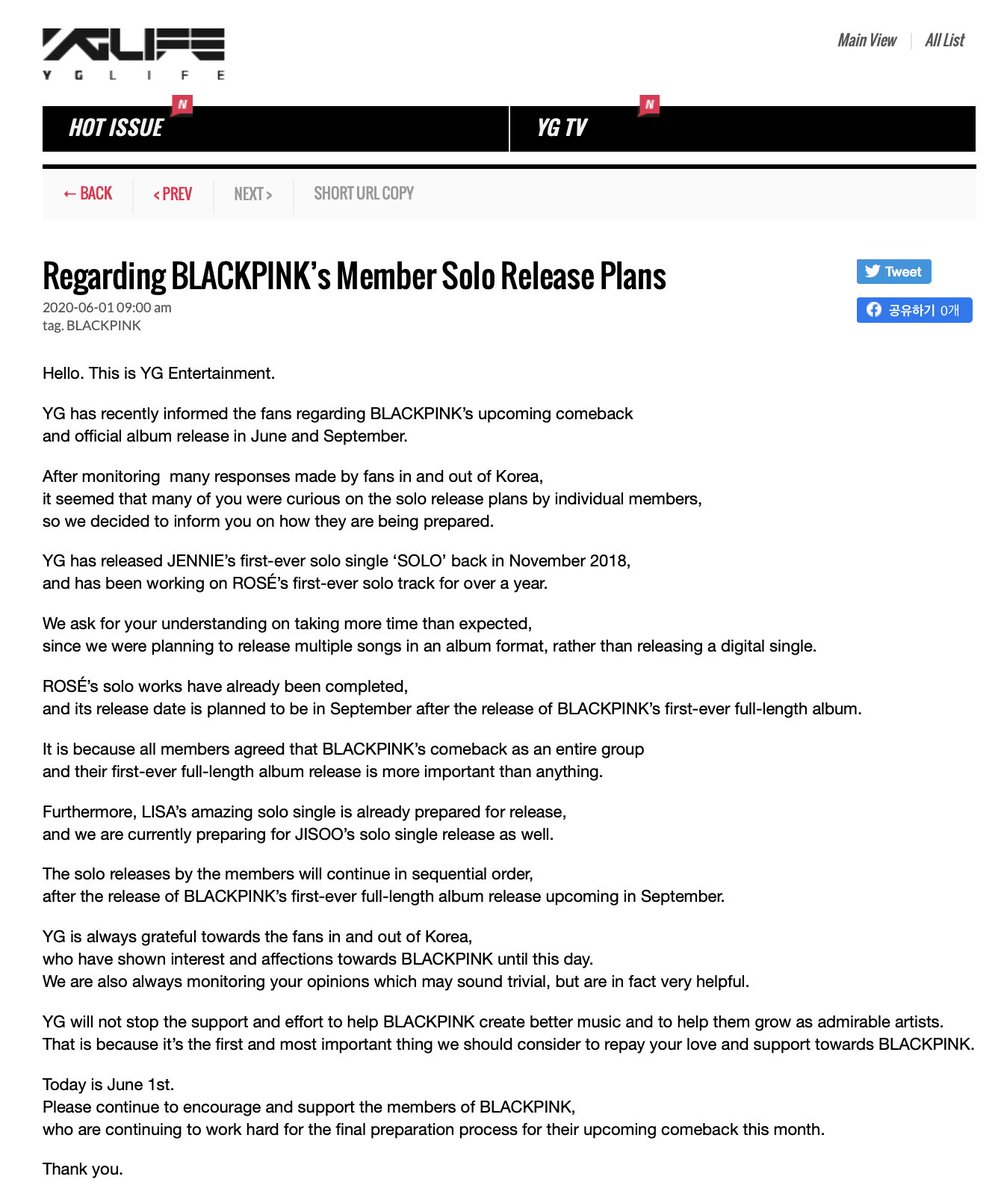 Now, at the beginning of this year, YG Entertainment has revealed that Rosé will be performing one of her solo tracks at Blackpink’s upcoming online concert, “The Show”. A little bit later, they released a teaser titled “ROSÉ – COMING SOON TEASER”. It was later revealed that the audio from the track is a subtitle track and the clips were from the music video. The subtitle track is rumored to be named ‘Love is Gone’. And that’s all we know for now!! We hope to see you at Blackpink’s online concert on January 31st, at 2PM KST!!