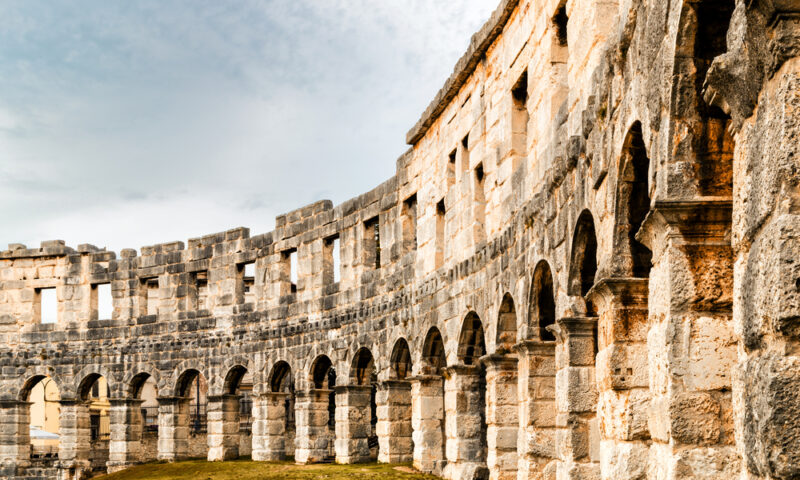 Roman amphitheatres are amphitheatres – large, circular or oval open-air venues with raised seating – built by the ancient Romans. They were used for events such as gladiator combats, venationes (animal slayings) and executions. About 230 Roman amphitheatres have been found across the area of the Roman Empire. Early amphitheatres date from the republican period,[1] though they became more monumental during the imperial era.[2]

Amphitheatres are distinguished from circuses, hippodromes, which were usually rectangular and built mainly for racing events and stadia, built for athletics. But several of these terms have at times been used for one and the same venue. The word amphitheatrum means “theatre all around”. Thus an amphitheatre is distinguished from the traditional semicircular Roman theatres by being circular or oval in shape.[3]

Beautiful gingerbread and fresh pumpkin on the table