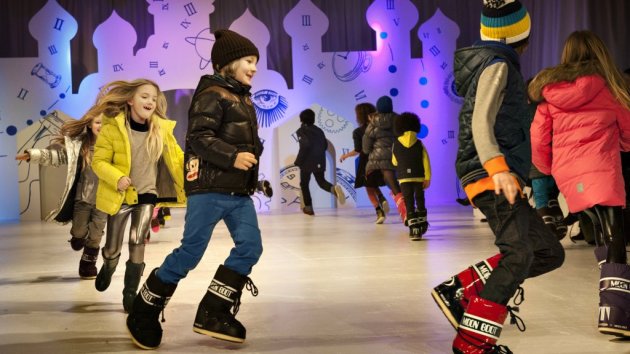 Empathy, or the ability to read another person’s emotions, is a critical life skill. Many fear children are losing it—and that they’ll be less happy as adults as a result.

A University of Michigan study of nearly 14,000 college students found that students today have about 40% less empathy than college kids had in the 1980s and 1990s. Michele Borba, an educational psychologist and author of Unselfie: Why Empathetic Kids Succeed in Our-All-About-Me World, argues that that the rise of narcissism and loss of empathy are key reasons for why nearly a third of college kids are depressed and mental health problems among kids are on the rise.

Denmark, the land of the happiest people in the world (pdf), takes empathy seriously, with an hour of empathy-building each week a required part the national curriculum for all kids aged 6 to 16.

In Klassen Tid, or class time, students talk through any individual or group-level problems. Perhaps someone is being left out, or bullied, or there is a disagreement that can’t be solved among a few students.

“Together, the class tries to respect all aspects and angles and together find a solution,” says Iben Sandahlm, co-author of The Danish Way of Parenting—What the happiest people in the world know about raising confident, capable kids. Kids’ issues are acknowledged and heard as a part of a bigger community, she says. “When you are recognized, you become someone.”

Sandalhm is a former teacher and says Klassen Tid was always the highlight of her week. The goal is to create a safe and cozy atmosphere—the Danes call it hygee—where problems are aired and kids learn how to put things in perspective. There’s even a special cake the children themselves bake—the recipe is here—to eat while talking, and more importantly, listening.

The practice has been around since the 1870s, but was codified in a 1993 education law and expanded since then. It is meant to help teachers as well as students. “You have the opportunity, as a teacher, to reflect on your own efforts to create an inclusive learning environment where students want to learn and join,” says Sandalhm. “It is a way to let the class community grow.”

Measuring its effectiveness is difficult. Danes are famously among the happiest people in the world due to everything from high levels of income equality and the generosity of its citizens to each other, though some wonder whether this is because they have very low expectations for happiness. The country’s remarkable social safety net means there are fewer reasons for people to feel unhappy, since they know they have good health care, education, and elder care. Even so, one recent study showed 38% of Danish women and 32% of Danish men received treatment for a mental disorder at some point during their life, higher than global averages and certainly high for such purportedly happy people.

Happiness is a complex concept, so perhaps Klassen Tid‘s “success” is simply recognizing that empathy is a skill and not an inherent trait. Kids need to practice it the same way they work at math or soccer.

There’s a useful lesson in Klassen Tid for non-Danish parents and teachers too. If we want our children to be kind and think about others, we need to model that behavior and think of how, exactly, to teach it.

With these tips from Borba—and that Klassen Tid cake recipe—even non-Danes might have a shot at raising happy, considerate people.

DESIGN DISRUPTORS reveals a never-before-seen perspective on the design