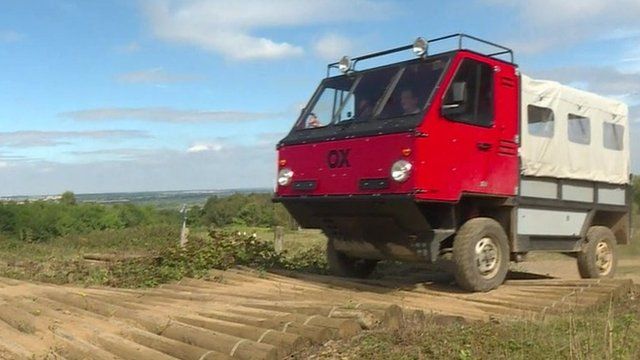 One of motorsport’s most acclaimed designers, Gordon Murray, has produced a vehicle that “ranks above anything else I’ve ever done”.

The Ox is billed as “the world’s first flat-pack van” – a two-wheel drive, off-roader made of marine plywood that can be assembled by non-experts in under 12 hours and travel 1,000km (620 miles) without filling up.

It’s aimed at remote areas of, say Africa, where transporting food or equipment over difficult terrain is a problem.

It isn’t quite as fast as Mr Murray’s McLaren F1 supercar, but he hopes it will reach more people – thousands rather than a hundred or so.

The BBC’s transport correspondent Richard Westcott got to test drive the Ox.