Fireworks are the latest casualty of an extreme drought that has gripped much of north Georgia.

Gov. Nathan Deal on Monday issued an executive order, banning the use of commercial fireworks indefinitely in 110 Georgia counties. 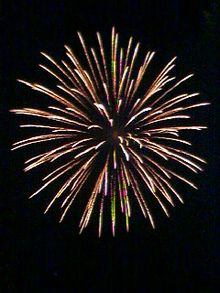 “Over the preceding six months, many areas of the state of Georgia have experienced significant drought conditions and there have been numerous instances of uncontrolled fires that seriously threaten the welfare of citizens of this state,” the order reads.

The counties in which Deal declared a drought cover much of north and central Georgia.

The order comes as a series of wildfires roars through north Georgia, spouting plumes of smoke that have filled the sky in metro Atlanta and threatening to expand into residential areas.

Most notably, the Rough Ridge fire has burned through about 20,000 acres in Fannin County, in the Cohutta Wilderness area of the Chattahoochee National Forest.

That fire has been burning since Oct. 16 and was started by a lightning strike. As of Monday, it was only 20 percent contained.

In metro and exurban Atlanta, a 54-county summertime burning ban has been extended in many areas as officials nervously eye the dry conditions.

On Monday, Paulding County — where a wildfire last week burned through roughly 120 acres — expanded the ban to include campfires and other small-scale outdoor fires that had been allowed under the original ban.

As the drought took hold, Georgia saw its hottest summer on record this year and drought conditions are expected to persist through the rest of the year.

Supermoon Will Be Biggest In Nearly 70 Years On November 14