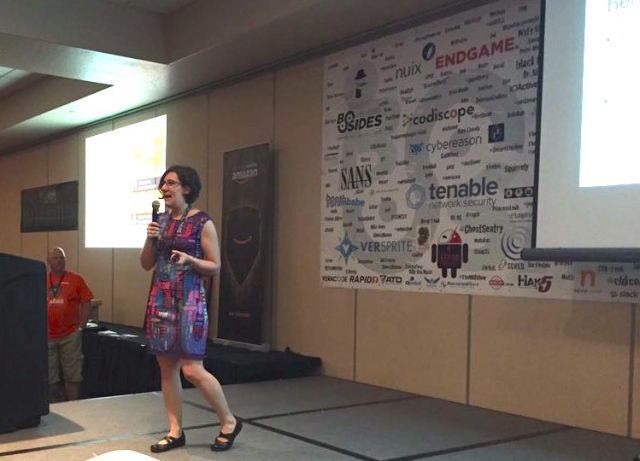 Shortly after Carnegie Mellon University professor Lorrie Cranor became chief technologist at the Federal Trade Commission in January, she was surprised by an official agency tweet that echoed some oft-repeated security advice. It read: “Encourage your loved ones to change passwords often, making them long, strong, and unique.” Cranor wasted no time challenging it.

The reasoning behind the advice is that an organization’s network may have attackers inside who have yet to be discovered. Frequent password changes lock them out. But to a university professor who focuses on security, Cranor found the advice problematic for a couple of reasons. For one, a growing body of research suggests that frequent password changes make security worse. As if repeating advice that’s based more on superstition than hard data wasn’t bad enough, the tweet was even more annoying because all six of the government passwords she used had to be changed every 60 days.

“I saw this tweet and I said, ‘Why is it that the FTC is going around telling everyone to change their passwords?'” she said during a keynote speech at the BSides security conference in Las Vegas. “I went to the social media people and asked them that and they said, ‘Well, it must be good advice because at the FTC we change our passwords every 60 days.”

Cranor eventually approached the chief information officer and the chief information security officer for the FTC and told them what a growing number of security experts have come to believe. Frequent password changes do little to improve security and very possibly make security worse by encouraging the use of passwords that are more susceptible to cracking. The CIO asked for research that supported this contrarian view, and Cranor was happy to provide it.

The most on-point data comes from a study published in 2010 by researchers from the University of North Carolina at Chapel Hill. The researchers obtained the cryptographic hashes to 10,000 expired accounts that once belonged to university employees, faculty, or students who had been required to change their passcodes every three months. Researchers received data not only for the last password used but also for passwords that had been changed over time.

“The UNC researchers said if people have to change their passwords every 90 days, they tend to use a pattern and they do what we call a transformation,” Cranor explained. “They take their old passwords, they change it in some small way, and they come up with a new password.”

The researchers used the transformations they uncovered to develop algorithms that were able to predict changes with great accuracy. Then they simulated real-world cracking to see how well they performed. In online attacks, in which attackers try to make as many guesses as possible before the targeted network locks them out, the algorithm cracked 17 percent of the accounts in fewer than five attempts. In offline attacks performed on the recovered hashes using superfast computers, 41 percent of the changed passwords were cracked within three seconds.

A separate study from researchers at Carleton University provided a mathematical demonstration that frequent password changes hamper attackers only minimally and probably not enough to offset the inconvenience to end users.

Over the past few years, organizations including the National Institute of Standards and Technology in the US and UK government agency CESG have also concluded that mandated password changes are often ineffective or counterproductive. And now, thanks to Cranor, the FTC has also come around to this thinking. But don’t count on everyone doing away with regular password changes.

“I’m happy to report that for two of my six government passwords, I don’t have to change them anymore,” Cranor said. “We’re still working on the rest.”

Keysight technologies moving to Atlanta from california after it won $100,000 InvestAtlanta Economic Opportunity