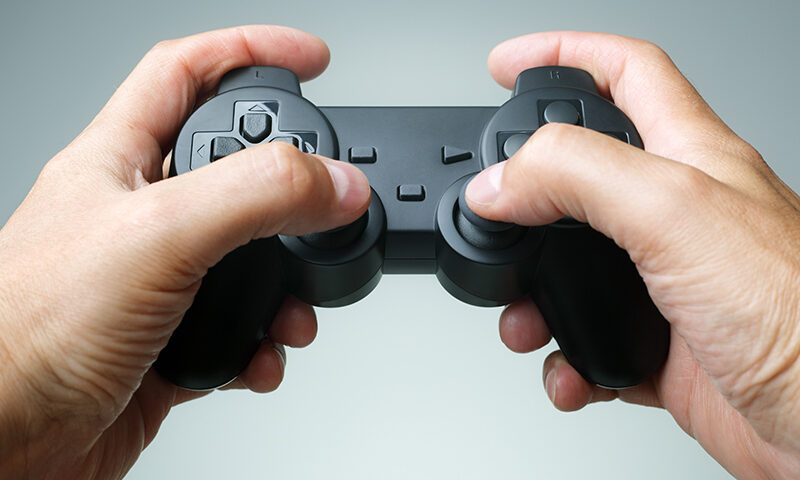 At an addiction treatment center in Amsterdam, in the Netherlands, teenagers and young adults begin detox by admitting they are powerless over their addiction. But these addicts aren’t hooked on drugs or alcohol. They are going cold turkey to break their dependence on video games.

Keith Bakker, director of Smith & Jones Addiction Consultants, tells WebMD he created the new program in response to a growing problem among young men and boys. “The more we looked at it, the more we saw [gaming] was taking over the lives of kids.”

Detox for video game addiction may sound like a stretch, but addiction experts say the concept makes sense. “I was surprised we didn’t think of it here in America,” says Kimberly Young, PsyD, clinical director of the Center for On-Line Addiction and author of Caught in the Net: How to Recognize the Signs of Internet Addiction — and a Winning Strategy for Recovery. “I’ve had so many parents call me over the last year or two, particularly about the role-playing games online. I see it getting worse as the opportunity to game grows – for example, cell phone gaming.”

But can a game truly become an addiction? Absolutely, Young tells WebMD. “It’s a clinical impulse control disorder,” an addiction in the same sense as compulsive gambling.

While most people associate addiction with substances, such as drugs or alcohol, doctors recognize addictive behaviors as well. In a WebMD feature on the definition of addiction, psychiatrist Michael Brody, MD, set forth the following criteria:

Young says compulsive gaming meets these criteria, and she has seen severe withdrawal symptoms in game addicts. “They become angry, violent, or depressed. If [parents] take away the computer, their child sits in the corner and cries, refuses to eat, sleep, or do anything.”

Unlike with substance abuse, the biological aspect of video game addiction is uncertain. “Research suggests gambling elevates dopamine,” Young says, and gaming is in the same category. But there’s more to addiction than brain chemistry. “Even with alcohol, it’s not just physical. There’s a psychological component to the addiction, knowing ‘I can escape or feel good about my life.'”

Bakker agrees. “The person is trying to change the way they feel by taking something outside of themselves. The [cocaine] addict learns, ‘I don’t like the way I feel, I take a line of cocaine.’ For gamers, it’s the fantasy world that makes them feel better.”

The lure of a fantasy world is especially pertinent to online role-playing games. These are games in which a player assumes the role of a fictional character and interacts with other players in a virtual world. As Young puts it, an intelligent child who is unpopular at school can “become dominant in the game.” The virtual life becomes more appealing than real life.

Too much gaming may seem relatively harmless compared with the dangers of a drug overdose, but Bakker says video game addiction can ruin lives. Children who play four to five hours per day have no time for socializing, doing homework, or playing sports, he says. “That takes away from normal social development. You can get a 21-year-old with the emotional intelligence of a 12-year-old. He’s never learned to talk to girls. He’s never learned to play a sport.”

In older addicts, compulsive gaming can jeopardize jobs or relationships. Howard, a 33-year-old project manager who asked to be identified only by his first name, started playing an online role-playing game about six months ago. He plays for three to four hours almost every day — more on weekends — occasionally putting off meals or sleep. His fiancÃÂ©e says he’s addicted.

Spending a lot of time gaming doesn’t necessarily qualify as an addiction. “Eighty percent of the world can play games safely,” Bakker says. “The question is: Can you always control your gaming activity?”

According to the Center for On-Line Addiction, warning signs for video game addiction include:

In addition, video game addicts tend to become isolated, dropping out of their social networks and giving up other hobbies. “It’s about somebody who has completely withdrawn from other activities,” Young says. “One mother called me when her son dropped out of baseball. He used to love baseball, so that’s when she knew there was a problem.”

Howard, the project manager, says he still goes out with friends and family, so he doubts he is addicted. “I am not limiting myself to gaming as my only pastime or hobby,” he tells WebMD. “If I needed to stop playing, I’m convinced that I could.”

Young and Bakker say the overwhelming majority of video game addicts are males under 30. “It’s usually children with poor self-esteem and social problems,” Young tells WebMD. “They’re intelligent and imaginative but don’t have many friends at school.” She says a family history of addiction may also be a factor.

If you’re concerned your child may be addicted to video games don’t dismiss it as a phase, Young says. Keep good documents of the child’s gaming behavior, including:

“You need to document the severity of the problem,” Young says. “Don’t delay seeking professional help; if there is a problem, it will probably only get worse.”

Treatment for video game addiction is similar to detox for other addictions, with one important difference. Computers have become an important part of everyday life, as well as many jobs, so compulsive gamers can’t just look the other way when they see a PC.

“It’s like a food addiction,” Young explains. “You have to learn to live with food.”

Because video game addicts can’t avoid computers, they have to learn to use them responsibly. Bakker says that means no gaming. As for limiting game time to an hour a day, he compares that to “an alcoholic saying he’s only going to drink beer.”

Bakker says the toughest part of treating video game addicts is that “it’s a little bit more difficult to show somebody they’re in trouble. Nobody’s ever been put in jail for being under the influence of [a game].”

The key, he says, is to show gamers they are powerless over their addiction, and then teach them “real-life excitement as opposed to online excitement.”

PC Games from 75 cents at Walmart